Tianna and Mike’s downtown Boston engagement session was a Spring lover’s dream. Ready to see some perfect Magnolia blooms on film? The session was rescheduled twice because of the rain, but it ended up working in our favor because the trees had just started to bud! Tianna chose a light blue floral dress for her photos, while Mike was in a classic button up blue oxford shirt. They effortlessly complimented the blooms and the locations we chose. We started at The Boston Public Library, and headed over to Commonwealth Avenue where the trees lined the streets.

These two chose the beautiful Eustis Estate as their wedding venue. They just started doing weddings at the estate, and Tianna and Mike were one of the first couples to book. “The Eustis Estate is a historic family estate on Canton Avenue in Milton, Massachusetts. Its centerpiece is the mansion house of William Ellery Channing Eustis. It’s an eclectic Late Victorian stone building constructed in 1878. The estate also includes several other houses connected with the Eustis family, as well as a gatehouse and stable. The estate was listed on the National Register of Historic Places as a historic district in 2016. Most of the original estate is owned by Historic New England, and was opened to the public as a museum property in 2017.”

Tianna and Mike met in college at Bentley University through mutual friends. They were friends for about a year, and started falling in love when Michael was studying abroad in Australia. They officially started dating when he returned in June of 2012, and now are about to get hitched! I am beyond excited to see these two again on June 15th for their classic estate wedding. 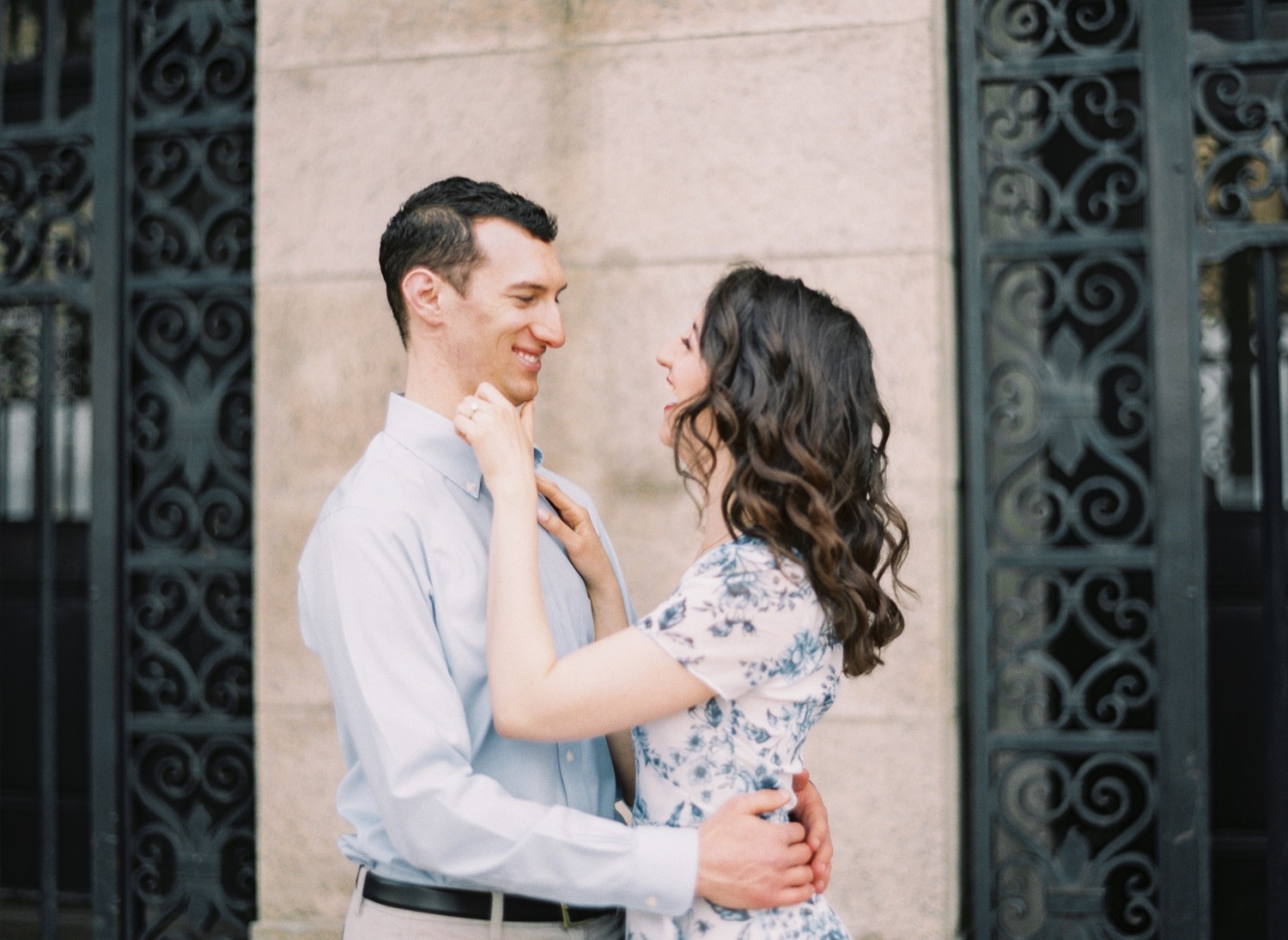 Did you like this Boston engagement session? Check out another film session from the Fall at the Old Stone Church – HERE.